March 26 2006, I received a phone call from a Maria Fatima Morais de Bizarro, a girl that I had met in Portugal when I was 19 years old. . What an amazing effort on her part for her to remember me and to look me up after 34 years.

This action prompted me to pull out the diary of a young world traveler, myself that is, and relive some of these happy and lonely times.

It was at the ripe age of 18 when I left the home, family  and friends that  I knew and hitch hiked by myself  through 22 country over 3 continents..

Why? you might ask? Well it was the tail end of the Hippie Revolution, a time of rebelling against the the traditional hair cuts and life style roles like, settling down, getting a government job, getting married, having 2.5 kids and living in the house with the white picket fence.

Actually it was my way of finding my own identity. Having just completed my first year of college I was devastated by the failure of my college romance. Dale was the love of my life at the time. When she broke up with me and moved on to date my best friend I really felt victimized.  To help me along in my leave-the-world-as-I-knew-it attitude was that fact that my father and I were really at odds. As my hair line had creped over my ears and the recently the beads started hanging around my neck I had graduated into my Dad's prodigal son list.

With these pressures I vowed to leave the world that I knew, and to find a new life.

Excuse the language but the summary slogan at the time was a real strong "Piss On The World" as I knew it!  Give me Freedom from my upbringing, my culture, my family and even my name etc.

During the process of birthing this new identity, I discovered the exciting and lonely new world of strangers and different cultures.

During the previous year, I had already hitched hiked across Canada and was well accustomed to the life of a vagabond..

I carried with me a sketch book and as a returning g favor, I often drew a portraiture of  the driver. I really really enjoyed meeting all these kind people and always engaged in heavy conversation.

The Hitch Hiking bug had bit me hard, I  was hooked on the incredible sensation of total freedom.. no responsibilities. just get up in the mornings and go where ever you want.  Look to the left, then look to the right and then making the BIG decision..... today I am going this way. Wow what a freedom!

It was an odyssey of loneliness. A birthing if you may, a time of real self-reflection, spiritual awakening and  intense personal growth. This was a most amazing time of building of confidence in oneself to be free from  family and societies obligations and the bondage of my cultural upbringing and it was the birthing of a new independent thinker. Much of my driving force was relationship breakup with a girl friend "Dale", one of which I would have deemed at the time to be my soul mate. At the time my heart cried out in loneliness, the total feeling of abandonment.  The boy wants to become a man.

When departed Canada in the fall of 1971, i was 18 years old, and yet at this young age I was determined to experience the adventure of world travel and put my past behind me...

I started this odyssey by first traveling up north to Alaska. After experiencing the freezing September temperatures it was  an easy decision to go south towards the warm climate of Mexico.  With just 1400 dollars, a modest backpack, the bare living essentials of a sleeping bag, a small olive green light canvas tent, and probably my recorder to play music, I was really committed to explore the world.

On a very chilly early morn and with great interpretation , my Uncle Hal dropped me off at the Canada US boarder just on the out skirts of Vancouver full realizing that he may never to see me again.

As I hitched hiked down through the USA , Central America , South America and Europe it was this diary that recorded my soul seeking quest.  I do not have one single photograph of my 14 months travels when I was on the road, but I do have this diary to read and re-read and draw out interesting excerpts that my hopefully put a smile on your face and mine.

Today as a mature adult I am known as a brazen dare devil. One thing friends acknowledge of me for is my constant quest for extreme death defying adventures. I do not understand nor do I accept the phrase" IT CAN NOT BE DONE", to me all that phrase really means is "Phooey, no one has  tried hard enough to do it!!!"

This is a brief introduction to my initial travels ( to be elaborated on later.)

Once I crossed from United States into Mexico I really wanted to hide from my past.

I vowed not to speak word of English and my name from thence on I became Guillermo or Guillaume.. which is the Spanish / Portuguese equivalent of William. And for a better part of a year I did not admit to speaking English nor being of English descent. It was a FULL immersion in to Espagnol .

When I traveled down through all Central and most of South America, many people said that I did not have a Canadian accent and that had really picked up Spanish.

The closest movie i have ever seen that reflects this time of travel is the "The Motorcycle Diaries" this a dairy of Che Cheverau, the hero of the South American youth. When I crossed in to Brazil I quite enjoyed the challenge of learning the basics of Portuguese.

After months in Brazil it was off to Europe by a cruise ship. Of course with a zero traveling budget it was the steerage class all the way..  The Cruise ship docked in the Canary Islands and then it was on to Portugal.

It is from this juncture  that I start with direct excerpts from my diary to make this narration of  "the young world traveler" .

This was the happiest day of my life. The morning started off with a few good byes and Paul wrote a German song,Then Laura kissed me good bye..what a ????.

I went through the adasier?? - in 5 seconds.I walked out of Vigo( Portugal Landing Dock). Many people went out of their way to show me directions to Framers? No, soy Ingl'es. I walked into a beautiful park of trees and an old castle. I sang and played guitar for an hour.

I hitched hiked to the boarder and walked a further 8 km. There a farmer gave me wine and conversation . ( Here in the year 2006 , 34 years later, I actually remember that he told me a off colored joke about two Germans that had ? sex with sheep)

I then went to the zoo and saw a beautiful bird loose(? Peacock) Two girls picked me up and drove me 40 kms. Maria showed me around the old church in the mountains and I stayed there to camp.

So many beautiful people in one day.

Today was a bit of a damper compared to yesterday. Rain all day but still the birds sang. I watched the sun go down.

Today started off with a beautiful morning. I walked out of town all day.

About 1:00 a white Volkswagen stopped me and Guess Who "Fatima"!!! She said it was the minimum hospitality to invite me to their house for a few nights. So back to Viana do 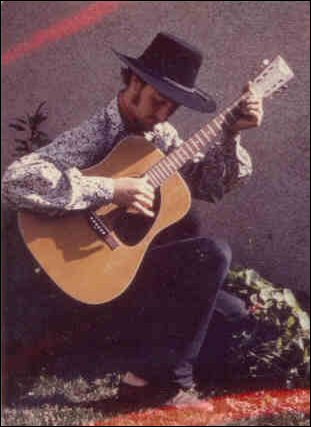 I spent the rest of the day playing the guitar.

I did very little... reading in the park... a lot of sweet William's ( flowers)

Today I did very little, tonight we went to the top of the hill to see the sunset, but it was bad. I gave Fatima her first kiss tonight. And I thought about Dale all night.

Today we went to see another sunset with the sister-in-law and we we went for along drive in the country.

We went to the movie Zita and Pa kept watching us through out the movie. We had some pretty good talks.

Today after work we drove the sister-in-law to Valencia and stopped to see friends on the way back. Went up to the tower and necked for a while. She learns very quickly.

Fatima only worked until 2:00 and we went to the beach with Pa and brothers. Later we went to meet Cape Code people (Tony), a real great guy.

Today we went to beach and had an OK time. We had a semi party with conchs- muscles and onions, olive oil and no water, all cooked in a pressure cooker.

I wanted ??  ???? and talk to Fatima, but she did not want to come so I went by myself and bought a fuchsia plant ( Princess's Ear ring" for Mothers day.)

Tonight I walked until 3:15 in the morning just thinking of freedom and that I might hurt Maria Fatima Bizarro.

She wants marriage, kids and is a great lover. She and her father waited for me.

Today I left going south. I got good rides and camped at Coimbra, met a Swed going north.

I do feel a little bad about Fatima, I want to return one of these days.

Today I crossed into Spain and I made it to Salmaica.

I met some Irish people who invited me to say with them in Ireland.

I saw a roman bridge that was built in 900 bc The church is Renaissance and the ramp was 1 km long.

This morning in Paris, Charles Heney showed me the Arc de Triumph and I went and saw Napoleon's tomb.

I am eating a lot of garbage.

I wrote a letter off to Fatima. Today I met some real freaky Canadians but they are good guys.

As I share some of these adventures with you I know today that it was very much the formative years for building my confidence in my life and in the business world .. I f I can hitch hitch 22 countries on my own and learn a language or two, meeting so many wonderful people, then I can certainly tackle any business venture that has never been done before. 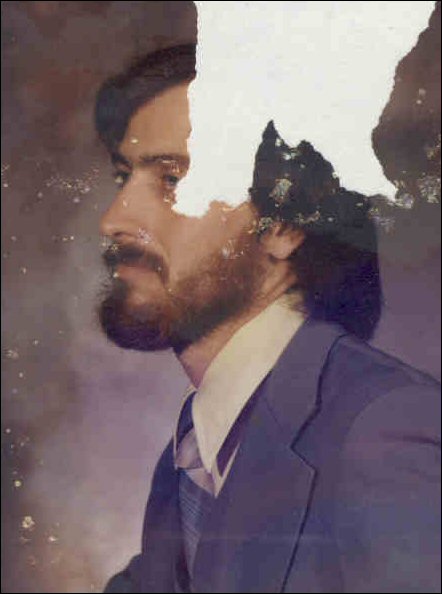